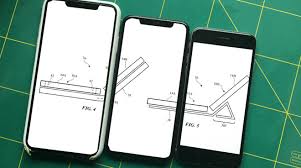 I’m writing this for developers interested in serving hyper-local content on iOS devices. This could include showing indoor maps, offers in shops of a mall and even cross selling items inside a shop.

Beacon, typically, is a device that transmits signal to indicate its geographical location in a short range. It is kind of a GPS for indoor locations. Apple had introduced this feature in iOS 7 and called it iBeacon. It allows iPhone / iPad applications to understand their position on micro – local scale and works on BLE (Bluetooth Low Energy) technology.

When an iBeacon enters into the range, it lets an application know about it by sending a push notification. The app can subscribe to region enter/exit events, so that it is partially woken up even if it isn’t running. In response to such events, the app can send a local push notification prompting the user to open the app and see the in-store promotion (which can be fetched from the internet), or any other relevant content.

For example, you may be standing in a clothes store looking at suits. The system notes that you’ve been standing in front of one particular display for a couple of minutes, so it might offer to show you the colors available, the price of the suit, discount offer on suit, if any.

Another implementation has been done by GE as the new iBeacon-equipped LED lightning fixtures for Walmart.

Pros:
1. iBeacons are accurate and best to choose when targeting indoor locations and smaller areas as compared to GPS which is suited only for larger areas.
2. On the other hand NFC only works up to maximum of 8 inches and iBeacon can cater to areas larger than that.
3. Increases opportunity for sales, discounts, promotions and coupons.
4. Gives the ability to gauge customer’s local preferences.

Cons:
1. Privacy – when you allow applications to use micro-location, in some way it gives away a lot of private data.
2. Consumption of battery is again a major concern for users. The requirement of keeping the bluetooth enabled will consume lot of battery power.
3. Push Notifications by iBeacon at inconvenient times may annoy users.

I hope this serves as a good reference point for you to start with iBeacon.

Queppelin wins Technology Company of the Year at ET Now