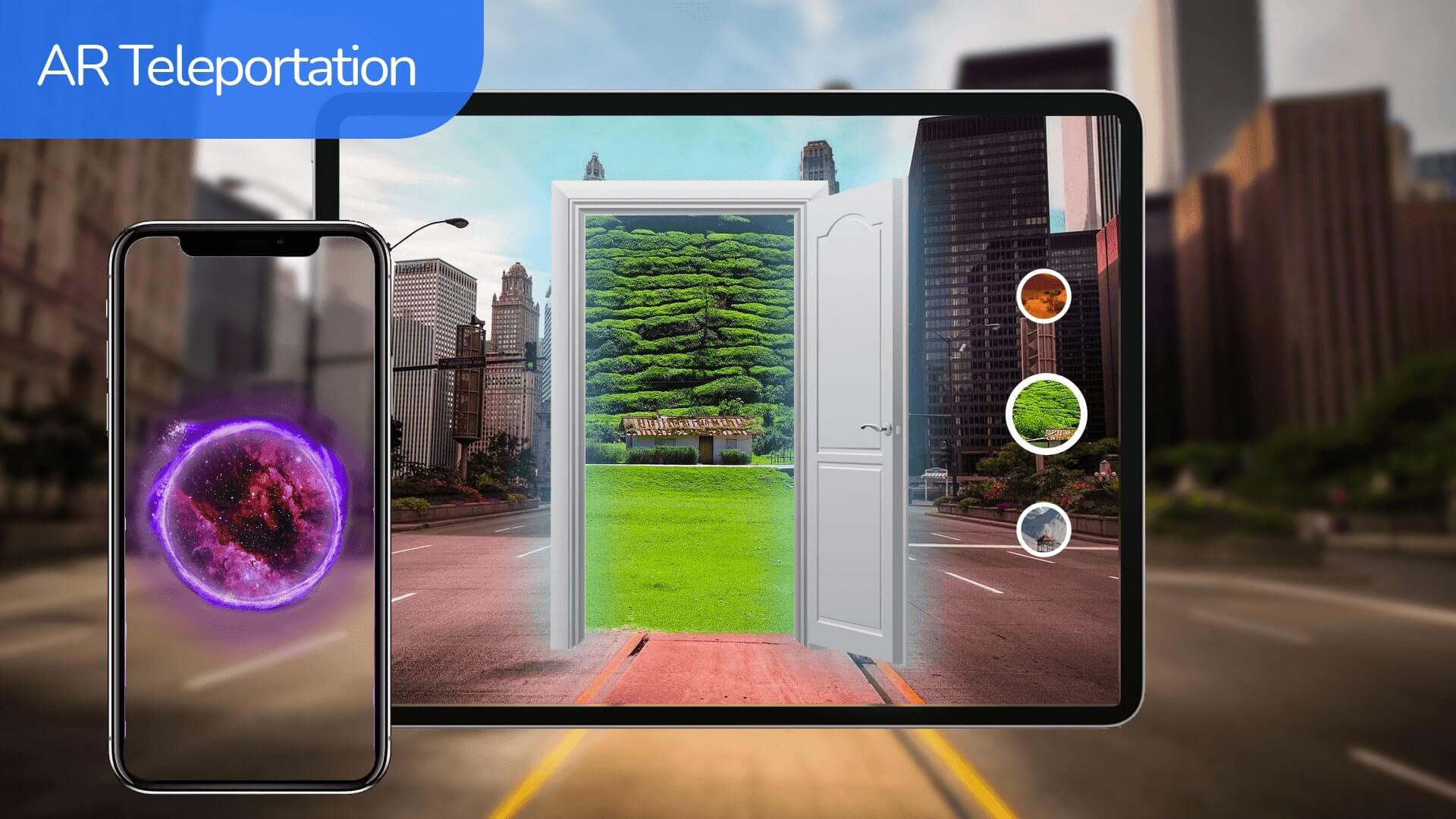 “Live with no excuses and travel with no regrets” ~ Oscar Wilde

The global travel industry by 2020 will be an industry worth $4 Trillion. Teleportation with Augmented Reality will further fuel this industry.

People across the world are fond of traveling. While some of them manage to fulfill their dream of traveling but some keep thinking and planning. They have several constraints like budget, family responsibilities, work, etc.

Are you one of them? Have you made multiple failed travel plans? And how will you feel if all these problems have a solution? If you can instantly book your ticket and find yourself in the amazing natural beauty of Switzerland? Teleportation with augmented reality in tourism is the answer to this.

In just a matter of a few seconds, you can experience the flavor of majestic castles, the beauty of villages, lakes, and cities of Switzerland.

Today you will learn about how can you reach your dream destination using the magic of Teleportation.

What is AR Teleportation?

Teleportation is traveling by an imagery form of transport. It involves the movement of a matter from one place to another without actually crossing the physical boundaries.

Then taken as a joke, Teleportation has now emerged as a revolutionary technology that may transform the number of industries like Real Estate and Tourism. This blog, however, focuses on the application of Teleportation in the world of tourism.

Teleportation in Travel and Tourism

Want to explore the rushing waters of famous Niagara Falls in Canada or even the Snowy peaks of Switzerland? Yes, you can, that too without leaving your place. A Teleporter Booth does this wonder! These booths will let you feel and enjoy the destinations that you have only dreamt of.

Rightly said by Augustine, that not traveling the whole world is like reading a single page of the book.

But is it possible every time that we can go anywhere in the world we wish? No, not at all, you need to think about your budget, your family, your work and much more. Hence, Teleportation is the solution to all obstacles that are preventing you to experience a magical world.

One of the biggest use cases of Teleports is through mobile. Users can scan their surroundings with their mobile camera and place a gateway into another world.

Augmented Reality in Teleportation in Marriott

Meanwhile, we are discussing this revolutionary technology, Teleporting has already been implemented by Marriott. The hotel has introduced a travel booth in New York where the guests can live their dream of traveling the world. Thus, giving it a competitive edge.

Marriot Hotel has already leaped into the world of Virtual reality. To offer a magical VR experience, the brand collaborated with Award-winning Framestore. It then created an immersive virtual reality experience for the users. Users get a 4D sensory experience that is based on the technology of Oculus Rift. Thus, travel lovers will be able to feel, hear and see their dream destinations from across the world.

The users stand in a teleport booth with a virtual headset and wireless headphones put on. A teleport booth then teleports the user to the desired destination, giving them a magical experience of 100 seconds.

The 4D technology-driven teleport booths let the user feel the environmental aspects such as moisture and temperature.

It is the power and magic of Virtual Reality that is letting users go beyond their imaginations and live their dreams of traveling. The Teleport Booth users get an immersive experience in such a manner that they can even sense the elements such as wind, mist, and fragrance of nature Thrilling it is!

This innovative technology can be utilized by Travel agencies. These agencies face challenges in attracting clients towards a particular destination. Clients are often confused about the destination to choose along with obscurity regarding the experience they will get in their chosen destination. This problem will be accurately addressed by Teleports. Teleports will offer a fascinating experience to users. Hence compelling them to go to that destination. This is what a Travel agency wants!

Teleportation with Augmented Reality will solve a lot of travel worries in the coming times. As a result, the number of players implementing the same in the travel business will also increase.

If you are looking to create Teleport with Augmented Reality, contact us at [email protected].

PreviousAugmented Reality In Agriculture
NextHow AR and VR Are Creating Ripples in the Healthcare Industry?