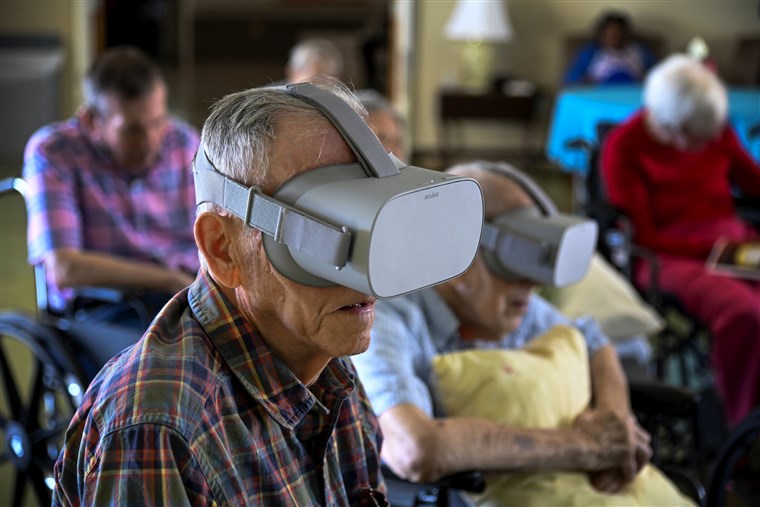 “When it comes to travel, age should not be a barrier”

Traveling is a blessing taken for granted at an old age. The older people might have been joyous travelers at their young age but aging affect their interest for travel.

“The wanderlust is never diminishes because of aging but it does affect the way a person travels.

Milli says…“Time flies…there was a time when I and Jane use to travel hard with a dream touching each end of the world. Aging, however, did affect our zeal and power to travel. It is now difficult for us to pack our bags and start our voyage to our dream destination. We are now dependent on our son who has no more time for us.”

There are millions of couples like Milli and Janes who have several travel dreams deep in their hearts but they cannot travel because of their aging issues. Now, what if VR (virtual reality) comes into play?? These technologies are transforming healthcare, education, manufacturing, farming and many other industries.

Can VR be not used for giving memorable travel experiences to seniors in the comfort of their homes? Virtual Reality is one of the weird and ambitious steps that may prove to be a revolutionary travel solution for elderly people.

The idea of Virtual reality rooms for seniors

Imagine …your grandparents laughing, singing and walking together on the beautiful garden at Kenrokuen, Kanazawa, Japan. They are reliving their younger days by immersing in the beauty and fragrance of the roses.  Is it hard to imagine…?  VR (Virtual Reality) rooms do give a strong hope to the idea.  Considering the wonders VR already doing in several industries it would not be wrong to think about the idea of VR rooms for seniors.

So, there may be a question that “VR is already used for virtual travel experiences then what’s new in that?” The idea of a VR room for seniors is different!

Now, imagine your grandparents feeling the snowfall between snow-coated mountain and they are feeling their winds too! This would be an exotic experience for them. The sensation and warmth in VR experience enhance the state of the presence of a user. The study conducted by Hullsman et.al (2014) proposed a CAVE environment for creating sensations like wind and warmth in a VR experience.

According to the National University of Singapore VR should extend beyond sight and sound. The senses should hence come into the play for a better VR experience.

Nimesha Ranasinghe along with his team developed an accessory called “Ambiotherm” that adds a real element of atmosphere to the VR experience of users. So now it would be possible for a user to feel the blowing wind or the scorching heat of the dessert!

The research in experiments in VR will soon become potential enough to mimic how the body actually feels.

VR Rooms if successful may bring a positive change in the lives of millions of people including the elderly. From reducing loneliness of elderly people to their dream destination, the horizons of VR are expanding rapidly. VR companies however, need to be more conscious about the quality of experiences given to users. As even a single bad quality VR experience can completely turn people off from this technology forever. While implementing the idea of VR rooms for elderly people companies however strictly need to center VR experience around the people.

This blog focused on the VR rooms for elderly people but this does mean that it is not for young people and children. Elderly people need it the most as there are several constraints that prevent them from traveling and reliving their younger days. The VR rooms will be a great experience for both the elderly and young people.

VR rooms experience may bring a smile on millions of senior people along with making them relive their precious past travel moments. “

What Is The Need for Artificial Intelligence (AI)?