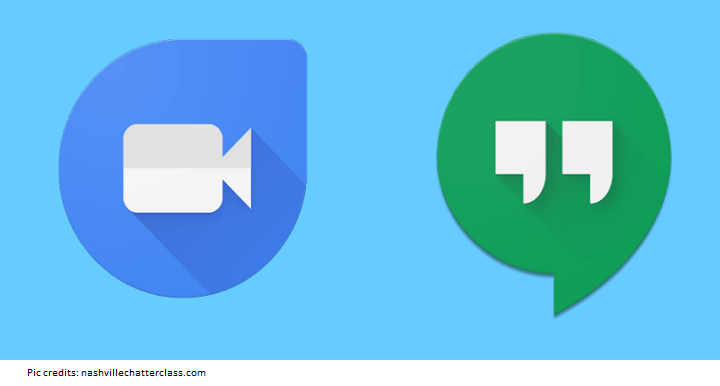 Google’s App Duo is a simple video calling cross-platform App service that is available for both Android as well as iOS. The App was released a month before Google’s other messaging App – Google Allo.

We reviewed Google Allo before, click here to read that review

People have been able to make video calls through computers for over a decade now and through smartphones since the front camera was introduced. At such a time when you can video call through FB messenger, WhatsApp, Skype and ironically through Hangouts, Google has come up with its video calling App that is intended to be fast, simple and secure. In a way you can say that Google Duo is Google’s answer to Apple’s FaceTime. While FaceTime only allows iPhone users to interact with other iPhone users, with Duo App iPhone users can easily place a video call to Android users. Duo is free for both Android and iOS users and is designed for extremely simple video chatting. You do not need to have a Google account to start using the App – you can just enter your phone number and the verification code that Google will send to your mobile in order to start using the App. Let us now have a look at the main features of this simple video calling Application –

One very unique feature of the App is “Knock-knock”, which gives you a preview of who is calling by firing up the camera on the other side. This means that if your friend is calling you through this App then you’ll be able to see his video in real-time even before picking up the call. For the ones initiating the call, a little message that says – “your video is visible”, appears on the screen. Android users can see “Knock-knock” regardless of whether the App is open or not, like they can see it on the lock-screen. On the other hand, iPhone users can see it only if they are on the App. If they aren’t on the App when someone calls then they only receive a notification that says – “someone is calling you”. You can only receive “knock-knock” from people that are already there on your contact list, however if it is not your thing then you can disable it altogether. You can also block people on Duo, and when you do so they will not come to know about it. They will just hear your line ring continuously.

Another feature of Duo is that it has an incredibly simple user interface. Before you start the call, you will see an icon to start the call and also your recent contacts. During the call you’ll be able to see yourself in a small circle and the icons to mute audio, switch cameras and hang-up. The video from the other line fills up your entire screen. Duo however comes with no audio only option. Also, Duo is designed for one-to-one communication so if you want to group chat then you must look for either Hangouts or Skype. If you’ve already made or received calls with Duo then the contact in question appears on the main screen for fast calling. Also, if you have missed a call from someone then that person’s name appears in a red bounce icon to make calling back easier for you. Further, the App is able to seamlessly switch between Wi-Fi and cellular data to make sure that your calls do not drop in between, although you can change this feature in the App’s settings.

Now, if you’re very tech-savvy then you might be wondering – what is the difference between Hangout and Duo? Well, according to Google, Duo is supposed to be way more specialized. While Hangouts can be used on desktop, it supports messaging, group chats and has multi-way video for collaboration, Duo does only one thing and that is it video calls on your phone or tablet. Unlike Hangouts, Duo reaches people only through their mobile numbers and not through their Gmail accounts. However, the biggest difference between Duo and Hangouts is that Duo uses end-to-end encryption, which means that your data can be viewed by no other third-party, not even Google.

Duo’s biggest challenge is to find someone else to call. Most people have Google accounts and they definitely do if they are Android users as, since Google Playstore requires you to create that account, however not everyone has downloaded Duo.

Duo vs. other Apps

You cannot use Duo by turning off the video and if you reject a call then it ends immediately, there is no “call me back in a few minutes” or any other message notification like that. You have such features in Hangouts and in Snapchat but not on this App. Also, unlike Viber, Duo offers no way to hand off calls between your phone and desktop computer. In fact, as you know by now, Duo has no desktop component and has only a mobile App.

Duo has been introduced by Google at such a time when there are already many Apps like WhatsApp, FB messenger and even Hangouts itself, present in the market. And all these Apps have a bunch load of features other than just one-to-one video calls. Although Duo offers just one feature but it provides the users with a no-fuss video calling service experience. With Duo, Google gives us a fast and simplified video calling experience. It takes seconds to set-up and video call. Plus with its amazing features like “knock-knock”, Google is trying to make people comfortable with the concept of video calls. Also with its end-to-end encryption it has made video calling quite secure, something which Skype and FB messenger lacks in.

Although Duo is quite simple but you cannot deny the fact that it does lack some critical features. For instance, there is no way to accept a call without turning on your video and no way to decline one with a message. But nevertheless, Duo bridges the gap between iOS and Android and makes it easier to say hello to the other side, and therefore we would recommend you readers to try it out once and stick to it if you happen to like it.

Queppelin wins Technology Company of the Year at ET Now