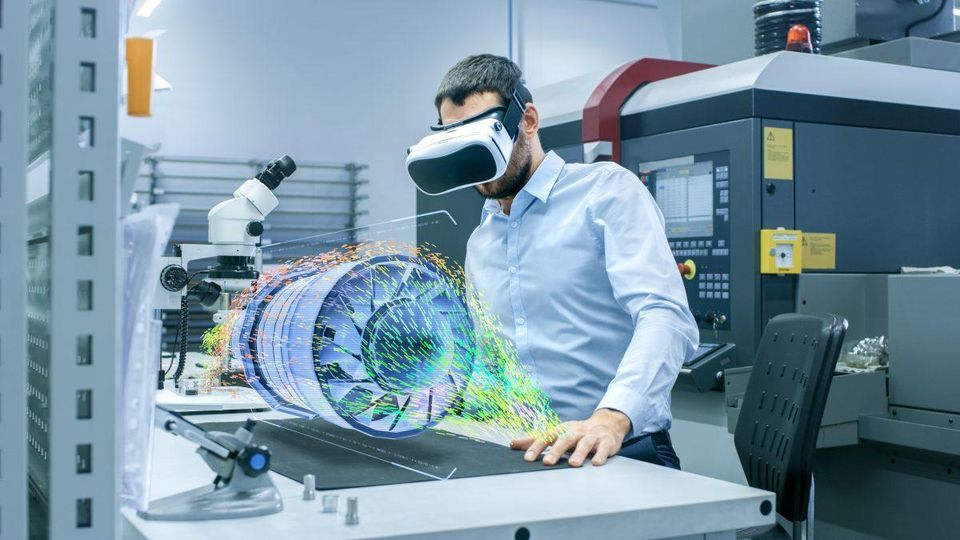 “To win in a market, win in the workplace first”

Employee performance is key to the success of a business. Even the fantastic products or services of a company can fail if the employees are not performing well. Will it be an exaggeration to say that it is the lifeblood of an organization? Employee performance can be defined as how an employee fulfills the job tasks and duties.

Technology plays a crucial role in improving the performance of employees One of the technologies that are gaining popularity across industries is the augmented reality. AR is a technology that expands the physical world by adding layers of digital information to it.

The introduction of AR is mostly accompanied by an example of the game – Pokemon Go. The game was released in 2016 and in very little time it became a trending sensation. There are however several other examples of AR apps such as the IKEA AR app and Loreal Make-up app etc. If you want to know more about this revolutionizing technology then land into our Augmented Reality Definitive Guide.

AR technology is still in its infancy age but is reinventing the industrial processes in a way that was never thought of before. Slowly but steadily, AR is entering the mainstream; by the end of 2020, it will hit around $60 billion.

AR will now show its glory in managing one of the common challenges faced by organizations across the world –worker performance. Poor performance is indeed a hard nut to crack. Talking about a problem will not help in solving the same. This blog, therefore, focuses on augmented reality as a solution for improving workers’ performance and productivity.

A partnership between humans and smart machines is unique,
together they do wonders. Augmented reality is augmenting worker’s performance dramatically, resulting in improved performance, higher worker satisfaction, and greater safety.

The video below is a great start to understand how augmented reality makes a significant difference in worker’s performance. The video shows a time-lapse comparison of GE’s technician wiring a wind turbine’s control box using the traditional method and with AR.

When using the traditional method of wiring, the technician needs to look in the papers kept aside after every step. In contrast, the-line-of-sight instructions are overlaid on the AR headset of the technician making it easier for him to complete the job effectively and efficiently. AR headset resulted in improved worker’s performance by 34%!

Adobe’s Project Aero is an AR tool that is allowing the company’s designers to create immersive experiences with Adobe tools even if they do not know how to code. Isn’t it amazing?

Apple’s AR kit is another tool that is making it easier for developers to design the AR experiences for iPad and iPhone. The Hololense released by Microsoft also brings images and information right in the line of sight of the user. The workers can hence interact with the physical and virtual world simultaneously.

So how AR make a difference in the worker’s process?

The above examples are only a few of the many; there are other real use cases of AR that increase my interest in this revolutionary technology. It’s great to witness the growth of immersive technologies in the market. Things that were once hypothetical are now turning out to be pragmatic. The immersive technologies, AR and VR have come a long way and there is yet much to be witnessed.

Queppelin since years is committed to power businesses with energy to transform their business processes. Our AR and VR developers have expertise in developing the best-customized training solutions for clients across the industries.

Reach us at: [email protected] to collaborate with us.