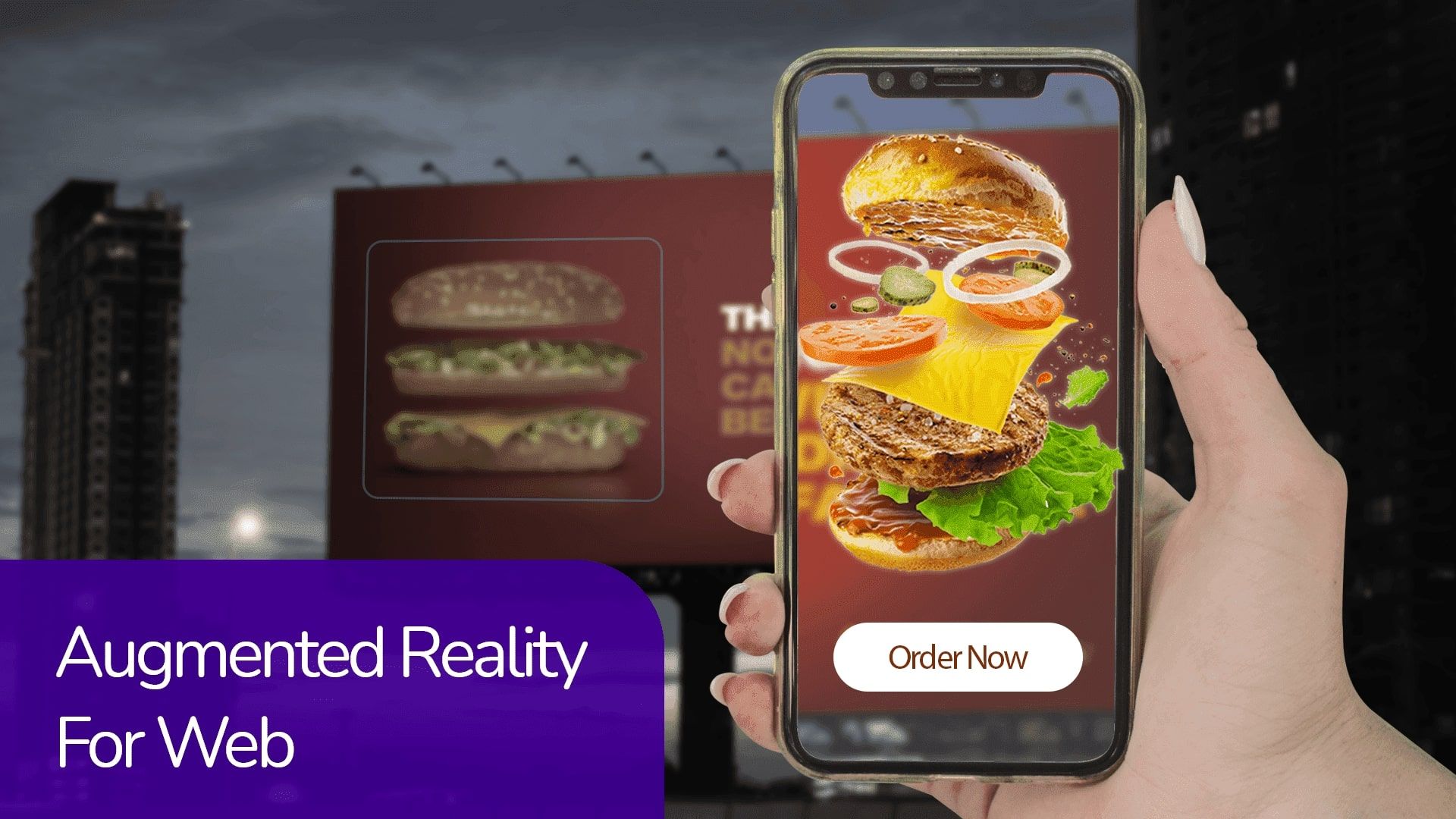 Augmented Reality is getting popular among smartphone users. WebAR is pushing the momentum even further by doing away with the need to install any applications.

WebAR has come as a solution to users’ reluctance in experiencing Augmented Reality with the help of applications.

WebAR has gained popularity as an Augmented Reality experience that you can access via any web browser rather than using an application.

It makes use of technologies such as WebGL, WebVR, WebRTC, and APIs to offer an excellent web-based AR experience to users. Simply we can say that users just require to have a phone to access it.

WebAR allows smartphone users to explore AR technologies in the most comfortable way via the web without worrying about the burden of installation. So, now with WebAR on ARCore, you can view and interact with AR 3D objects in real-time without installing applications.

WebAR breaks barriers and creates interactive 3D models that users can access through a link or a QR-code.

Developers are trying hard to improve ARCore marker detection so that users experience something more eye-soothing and fascinating with Google WebAR.

WebAR has some technical requirements as a part of the immersive web. When you wish to utilize WebAR image tracking via smartphones, your phone should have sensors such as RGB camera and gyroscope accelerometer to run WebAR pages.

Furthermore, your browser must support WebXR that is an API besides having ARCore (for Android devices) installed. WebXR enables users to view AR content without installing any extra software or plugin.

With WebAR image tracking you can see high-quality 3D objects without having any application on your phone.

In iOS devices, you can view brilliant quality images in USDZ format with the help of AR Quick Look developed with ARKit on the web. It works in the Safari browser and some in-built applications such as notes, messages, and mails.

Apple has created USDZ format in collaboration with Pixar Animation Studio to allow developers to create 3D models for AR. USDZ format can be considered as an extension from USD format that assembles several objects such as text and images and renders them into a single one.

Developers are also using other tools and frameworks for the expansion of immersive web with WebAR.

AR.js is an open-source library for Augmented Reality on the web for enhancement in AR performance on smartphones. AR.js includes location-based AR and marker-based technology (Simplified QR code).

Developers use it to build WebAR experience as it is very simple to use and it can efficiently perform a 60 FPS.

How does WebAR with Image Marker Detection Work?

WebAR image marker detection should work in the following way to be more user-friendly and functional.

First of all, it should define its position and orientation where a device is in the 3D space with the help of AR marker. This basic step happens to be essential for synchronizing the 3D images on the top of the real world. Developers sometimes refer to this process as six degrees of freedom.

It indicates that WebAR image marker detection has the capability of teaching three axes of both orientation and position. Secondly, WebAR needs to expose the camera stream, its view filed as well as camera perspective.

This feature also turns out to be important for the synchronization of the real and virtual world. Thirdly, AR marker should include the feature of scene understanding to run AR in the web version without any flaw.

This means the device must have the ability to find the surface to put the 3D object and to estimate present the light in the environment.

App-based AR like Snapchat and Facebook utilize a cloud-based CMS to provide users with an AR experience based on certain types of trigger, marker, and meaning link.

The trigger requests a background system to send code or assets to launch AR experience. There happens to be a certain limit to AR file size (4mb) to download fast and work efficiently.

Triggers (links or QR-code) activate WebAR but use web optimizations for downloading content with a limitation in size. However, if computer vision AI of a mobile device can detect particular feature points of an image, the code work eventually.

Industries where we can use WebAR

Some industries where we can utilize marker-based Augmented Reality are given below.

We expect that WebAR will soon come into mainstream and marketers will frequently use it.

One of the most significant things about WebAR with image marker detection is that it efficiently creates an extremely easy way to access information.

In the future, people can get all data within on QR-code scan or a single tap without the search.

Finding something will be far simpler with interactive maps that will guide you with visual directions over any real background.

So, being on a bus, you can easily scan empty roads with your smartphones to see whether the bus is running properly.

Jordan Santell, an ex-UX engineer of Google, has opined that adaptation AR to web format will enable people in better understanding.

The creation of cloud space will be possible for shared WebAR experience. The widespread acceptance of AR headsets will accelerate further development in WebAR with image marker detection.

As a result, users will instantly access information when contextually relevant content will appear with the change in their real background.

Although WebAR is presently confined mostly to browsers, we can expect that it will bring new opportunities in the future for offering a more exciting AR experience.

Apple and Google are trying to build their own AR capabilities straight into their operating systems. ARCore marker detection has already enhanced users’ AR experience.

We expect to experience something more advanced in the future with improvements in WebAR.

WebAR has already benefited smartphone users by freeing them from installing numerous applications on their phones to enjoy AR experiences.

It will make Augmented Reality more fruitful for business in the future with technological advancement. Digitization of products with WebAR has introduced a new era to the brand’s relationship with customers. It will considerably enrich business strategies in the future and open new ways in the competitive world of business.

Developers have dedicated themselves to bringing forward new possibilities to image recognition and image tracking for offering people more information about any object within a short period of time.

In case you have an idea, or just need a demo, we are just a mail away. We love hearing and networking and are readily available at [email protected] for queries.