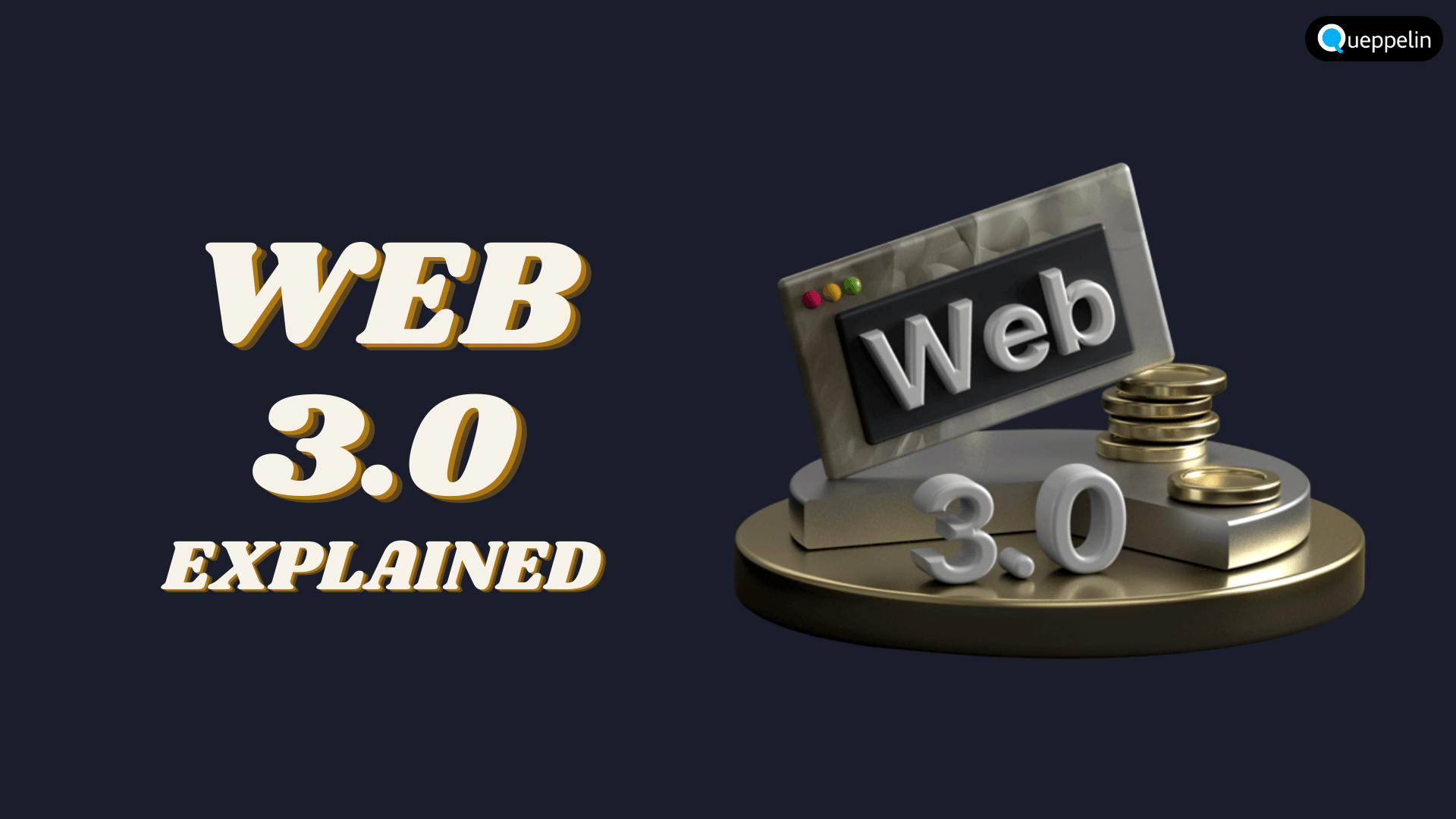 The world around us is changing at an increasing rate. And many futurists believe that we are at the foyer of the future that we always imagined. The credit for this goes to game-changing technologies like Blockchain, DAOs, Virtual Reality, Augmented Reality, and many more.

These are rapidly evolving and laying the foundation of this coming tomorrow. It is the future that caught our imagination in various Science-fiction movies wherein technology is intelligent, well-connected, decentralised and automated.

Today we will talk about one such futuristic technology that will form the linchpin of all these developments – Web 3.0. Also known as Web3 or the Semantic Web.

Imagine you are returning to your home in your self-driven car after working hard the whole day at the office. You are very tired and can’t wait to reach home. As soon as you reach closer, the garage gate automatically starts to open. You park your car and move inside your home. The lights turn on by themselves, the temperature of the house is automatically set to your preference.

The voice of an Intelligent Virtual Assistant (IVA) asks you about the day and what you would prefer to do now? It suggests some of the options depending on your day and mood. You choose to go for your usual drink and watch television. The drink is getting prepared, meanwhile, you sit on the couch. The TV is turned on with your favorite show and you just can’t get enough of it. What a way to end a hectic day.

Do you know what technologies have enabled these functions?

For example, if you are a motorcar enthusiast and want to see a show about Jaguar, it doesn’t show you something about the animal Jaguar. This is what Web 3.0 is at its peak in the future.

It is the intelligent information system that works in tandem with other technologies such as the Internet of Things (IoT) in the future, to give you the life you always wanted.

So, to discuss the definition of Web 3.0, it is the third iteration of the internet that would be able to think like us. Like, it would not only able to understand the meaning of the words but also the context, sense and emotions behind them.

And it doesn’t end there, the new version of the internet will be based on a decentralised ledger technology, commonly known as blockchain technology. The technology will bring the aspect of decentralization into the system and allow the user to have control over their data. This is stark opposite to the current version of the internet, known as Web 2.0, wherein the data is centralized and controlled by a few tech giants.

Thus, you can say, it will possess human intelligence to understand the context and act accordingly. Moreover, Machine Learning helps it improve itself consistently. Understanding its feature will help us get a better hold on this concept.

It spanned from 1989 to 2005. It is called Static web because there was very limited interaction between the internet and the user. The information was very provided in a very straightforward and bland and access to it was very limited.

It was based on:

Also, the search engine only came into existence after 1995, which made email and access to real-time information possible. However, it was a time when few created the content for many. And this got changed in Web 2.0.

This network was a great shift from its previous version. Not only was it better when it came to interactivity and social connectivity. It allowed the user to generate content and let it spread across the internet to other millions or even billions of users. That is why it is also called the Social Web.

The most noticeable development was the advent of social networking and interactive applications. This facilitated the emergence of tech giants like Facebook, Google, Twitter, Youtube, etc. These giants gradually attained dominance on the internet by controlling its access and usage of the data over it.

Further, its growth got fueled by technological advancements like mobile phones and open source software like Android. These open-source software led to the development of millions of mobile-based software applications that expanded the utility of the internet to exponential levels.

Compared to the above two versions of the internet, Web 3.0 is based on the principles of decentralization, directness, privacy protection and permissionless access, etc., and will offer the obvious purpose of greater utility.

Thus, it will give the user more authority over their data. This will curb the data usage of the users without their permission which is the most talked-about disadvantage of Web 2.0.

As envisaged, it will take the bottom-up approach in which the users will guide the direction it would take. Moreover, the features that we discussed above like Semantic Web, Artificial Intelligence, Three-dimensional graphics, etc will offer even more utility in Web 3.0.

The below-mentioned table represents a quick comparison between Web 2.0 and Web 3.0.

Under the Web 3.0 setting, the user gains ownership of their data and the privacy is protected by encryption of the data through blockchain technology. Therefore, this data can only be utilized by any third party after getting permission from the user on a need or case-by-case basis.

Web 3.0 enables ubiquitous information access, which is quite limited in Web 2.0. This will be made possible with the help of smartphone applications and cloud-based technologies. While in Web 2.0 users have to rely on an intermediary to access their own data, this will not be the case in Web 3.0 where there would be no intermediary.

Democratization of the Web

Web 3.0 provides democratization of the web as no central authority can dictate the access to its services, and neither can anyone stop its operation. It will execute the same functions in all circumstances thanks to the architecture that is based upon smart contracts.

NextEnterprise Metaverse: A Metaverse for Businesses