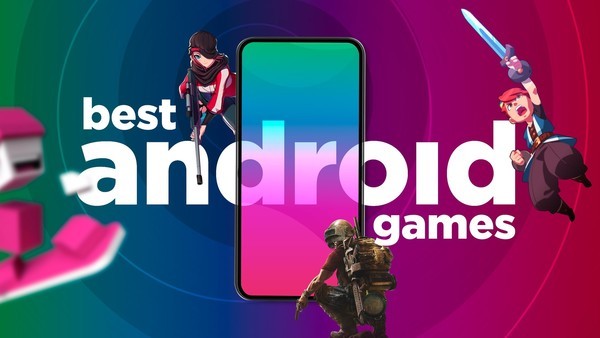 In the recent years the mobile gaming industry has reached high levels of innovation and has provided the opportunity to Software development companies to come up with some awesome gaming apps. Whether you are an individual developer or a custom software development company, developing gaming apps is something you should look forward to this year owing to their huge popularity. Although both iOS and Android platforms are popular when it comes to gaming apps, however, Android gets a bit of an edge owing to how in the recent years it has revolutionized the mobile gaming industry by providing freemium apps. This year also Android users won’t be disappointed and shall have some pretty awesome free gaming apps to explore.

Let us further have a look at the 7 best Android gaming apps of 2018, which contains both free as well as paid apps. Crashlands, which was first released in the year 2016, is a very popular game amongst users. It is an action, adventure, role-playing game in which an intergalactic trucker crash lands on an alien planet. The app uses RPG elements for the development of the characters. Without a doubt, it is one of the best gaming apps to download from the Playstore. Hearthstone: Heroes of Warcraft first came out in the year 2014, and its popularity over the years has increased exponentially. It is a fast-paced strategy card game and its concept is similar to the game Magic. Although some of its features are available offline most of the multiplayer duels are available online. The app also allows you to engage with cloud via battle.net, giving you the option to play the game on your PC. There are already tons of people playing this game and its about time you join the clan. This age-old game has only become innovative and better with time. For someone who has never played it, the game allows you to build and mine stuff. The mobile app of this game is as good as the PC and console counterparts. The app also has a multiplayer option allowing you to play the game with your friends. Pokemon Go first came into existence in 2016 and overnight became a huge hit. Gamers all over the world became obsessed with this game, which till date is one of the most popular games on Playstore. It is a very innovative game that utilizes Augmented Reality (AR) to interact with its players. With the help of AR, you are able to walk around in the real world, catching Pokémon’s. Since its inception the game has been getting frequent updates, the updates include theaddition of limited time events, new Pokémon’s, and new mechanics. The present app is definitely far more innovative than the one that came out in 2016. Thanks to the innovations in the field of web and mobile app development services that classic PC games such as “Rollercoaster Tycoon” can now be played on the mobile. For someone who has never played this game before, the game allows you to design amusement parks, build roller coasters, bring in customers and keep them happy.

This war of mine Although this game is quite pricey, we can ensure you that it is totally worth it. This war of mine was first released in the year 2015 and is a survival game in which you help the civilians of a city torn apart by war, survive. The game has amazing graphics, plenty of content, and no in-app purchases. Download it today to feel its magic! Unkilled is a zombie shooter game and is from the same Software Development Company, which brought us addictive games such as Dead Trigger 2 and Shadowgun. At present, Unkilled has replaced Dead Trigger 2 as the best shooting game that is available on the Android platform. The graphics are amazing, the app comes with in-app purchases but it is definitely one of the best ones available out there.