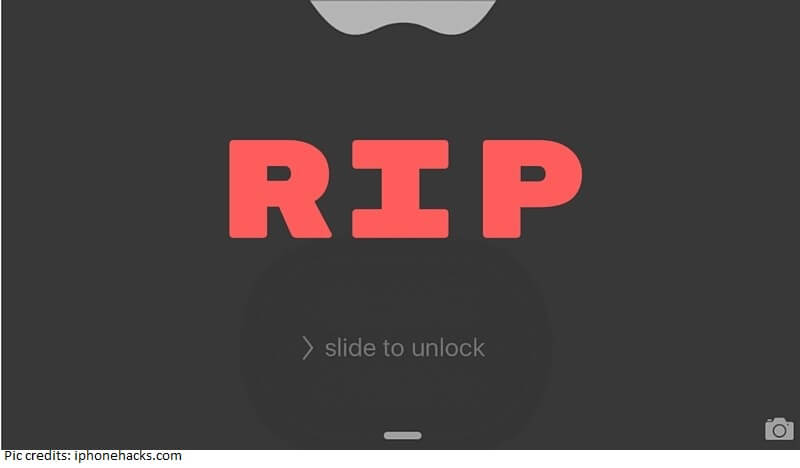 The iOS 10 is like a breath of fresh air and is quite different from iOS 9 and iOS 8. There are loads of new features packed in this update and the animations are also entirely different than before. This OS has new applications like Apple music, a home app for HomeKit, renewed widgets, richer notifications and an improved integration of 3D touch.

We feel that iOS 10 is the biggest leap forward for iPhone in years. The team at Queppelin has been using iOS 10 since its first beta version was released and we feel that it is much more than fantastic.  Here is Queppelin’s full review of iOS 10 –

Ever since the first iPhone came out in 2007, you had to swipe the screen in order to unlock it. In iOS 10 it has been replaced by the “Press to unlock” option. So in order to unlock the screen you just have to press the Home button. In iPhone 7 however, there is an updated home button and you just have to touch it to unlock the screen. The iOS 10 gives you many more options on the lockscreen than before, for example – a swipe from right to left opens the camera App and a swipe from left to right opens your widgets like weather, time to transmit etc. Further, you can also add any App that offers a widget to this screen and thus allow yourself fast access to info, right from the lockscreen. A swipe down from the home screen displays all your notifications, and you require signing in with your touch ID or passcode for taking action on it. The appearance of the widgets and notification has also quite changed as compared to iOS 9. They now appear in light grey semi-transparent bubbles.

In iOS 10 the animations are also different, for example, when you tap on a folder with multiple Apps, it pops up to the centre of the screen as a semi-transparent bubble. The wallpaper in the background blurs while the Apps in the bubble are in complete focus. Once you escape the folder the bubble softly recedes into the space it previously occupied. Thus these new animations make the whole process quite smooth and fun. Some of the Apple’s Apps like for instance the clock App, has new colour palettes and fonts along with some new features. With iOS 10, Apple has brought beautiful bold fonts to its Apps. The 3D touch was first introduced on the iPhone 6s and iPhone 6S Plus and with it you could take certain actions like for example, a long press on links and images gave you a preview and a long press on App icons displayed a list of quick actions. iOS 10 also has these features but it uses 3D touch to make notifications more useful. So now, when you long press a notification it gives you detailed information. If you have an email notification then on long pressing it you are able to see the first 5-6 lines of the mail along with actions like, Delete, Mark as read, Archive etc. Similarly, a long press on a Whatsapp message notification displays the full message and gives you an option to reply to it without having to open up the App.

Where on one hand companies like Facebook are accessing the users browsing data and incorporating artificial intelligence into everything there on the other hand Apple has found a way to incorporate Siri’s smartness into iOS, without sacrificing on anyone’s privacy. This method is called Differential Privacy which ensures that no individual can be identified by their data. The data is processed on your device instead of cloud, which makes it difficult to hack. With the help of third-party App support Siri can now call an Uber for you. In short, Siri is a lot smarter and is not snooping into your privacy. Siri’s enhanced powers are most prominently visible in iMessage, which now features better typing predictions and even suggests an emoji or GIF based on the conversation which you are having. All these enhanced features have made chatting more fun for the iPhone users.

Another feature of iOS 10 is that it allows you to uninstall all the pre-installed Apple App’s, which you do not require. So you can replace the unwanted Apps with all the Apps that you like.

HomeKit has its own App and Photo App has new features

HomeKit, which supports many home automation platforms, finally has its own App. So now you can manage all your smart home gadgets at one place, using either control centre or Siri. The Photo App has also benefited from the iOS 10, which now categorizes and organizes photos based on themes, concept and content.

Apart from all the above mentioned updates, a few small updates include more specific read receipts for messages, optional store optimization for when your iPhone is full, unlimited Safari tabs etc.

It is needless to say that Apple is at the top of its game with iOS 10. It has brought the much needed smarts to the platform without compromising on the security and the privacy of the user.

With the iPhone in revolution your business definitely requires an iOS App to reach out to the customers. If you want to run your business successfully by getting an iOS App built, then contact Queppelin today with your requirements.

How AR/WebAR is Gamifying Fitness Industry?

Augmented Reality(AR) Technology on the Rise