Why iOS App Development with Swift-Xcode is the Best Choice? 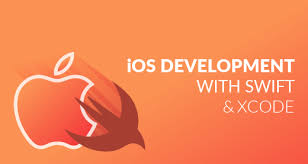 The iPhone seems to be gaining on other smartphone operating systems on the global scale. According to reports*, in 2017 alone, Apple sold over 216 million iPhone units globally. This not only makes iOS 2nd in the most popular operating systems list but also makes the brand the 2nd largest smartphone vendor in the world, bringing its global market share to an impressive 15%. Also, in the 1st quarter of 2018, Apple reportedly sold iPhones totaling worth around USD 61 billion.

Smart business owners, global and Indians alike, are aware of this immensely lucrative consumer base, as iOS mobile apps give a perfect channel to stay connected with the growing online market. To ensure that your commercial and other iOS apps are perfect in every sense, you need to select a service provider who can create a stunning app using the immensely flexible and effective iOS app development with Swift-Xcode.

Learn a little about Swift

The reasons that make Swift the most popular language today are:

After the earlier popular iOS language, Objective-C, the Swift has increasingly become more popular amongst the iOSdevelopers’ community.

The reasons that most app developers prefer to use Swift are:

Swift is an expressive language which uses simplified grammar and syntax, which makes it not only easier to write but also to read. As the language is highly concise, the developers require doing minimal coding, as compared to Objective-C. The ARC (Automatic Reference Counting) feature helps to keep track of the app’s memory usage and manage it more efficiently, which saves a significant amount of the developers’ time and resources.

Apart from being able to develop apps faster, Swift also allows modifying and upgrading of the app in the future, according to individual client’s and market’s needs. Thus, Swift makes it easier to scale projects. Apart from this, Apple currently gives preference to Swift over Objective-C, which makes it the smarter choice of the best custom iOS app development company, such as Queppelin.

As the name suggests, the Swift programming language is certainly swift and fast. It is focused on enhancing not only the speed of programming but also to improve its performance at the same time. Being open source, Swift also allows for immense improvement and even better performance than it currently gives.

Safety is another strong feature of Swift. It has a reliable typing system, which helps to detect potential errors and prevent crashes in production. With a shorter feedback loop, Swift is perfect for detecting errors quickly and fixing them. This saves an immense amount of time and resources on the developer’s end.

Although there are a few leading app developers in the country, it is highly advisable to select the one which is best suited to your needs and your particular market. Queppelin has been a prominent custom iOS app development company in India for the past many years now. The company is known for providing efficient, reliable and effective iOS app development solutions to all forms of commercial entities.