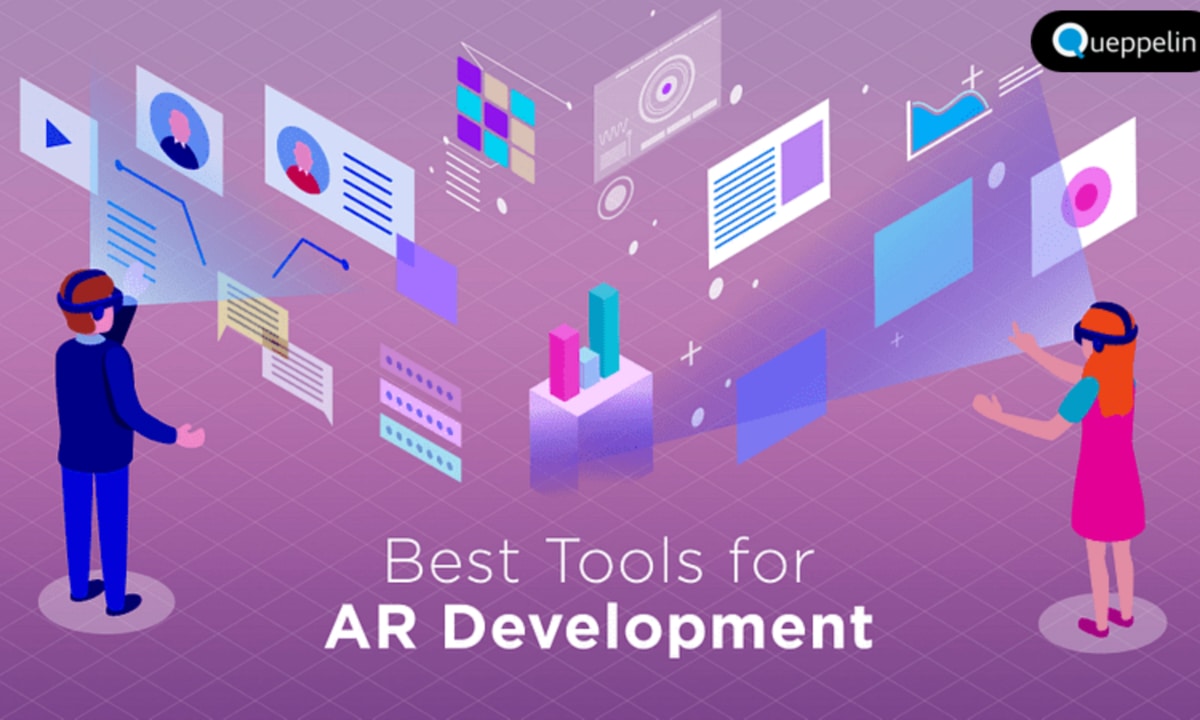 Augmented Reality is the technology of giving a touch of virtual components or layers to the real world by placing digital information in the physical environment, in real-time.

It models our view of the real world by taking information about the real world and overlaying digital information. Augmented Reality is pulling in more investment and funding as it is set to soon evolve from being just another tech field to a lifestyle. The technology has the potentials of far-reaching implications in diverse areas ranging from marketing to design applications.

Augmented Reality apps, hence having far-reaching implications, and is set to challenge the status quo across diverse fields. Maybe you are an organization that feels the same and want to explore AR, maybe you are a developer and wish to get your hands dirty in AR, or perhaps you wish to start-up an AR app firm.

Whatever might be the case, getting started into any field seems daunting at first seeing all the options and resources we have around. Augmented Reality Apps/ Games are deployed in various AR Frameworks. To empower you with the prowess of creating the next Pokemon Go or the next Augment, here is a list of the Best Frameworks for  game and app development for you to learn and build Augmented Reality Apps

A Game Engine primarily used to develop 3D content for your project. It is one of the more popular game development engines and has strong support for AR frameworks. Whether you are a corporate seeking game development platform for your organization or an individual developer, Unity serves the need of both these tiers.

To get hold of Unity, you need to be familiar with C#, the best way to learn which is experimenting out with a small game or application you want to build. However, in the Unity Asset Store, you can find assets and scripts for those who want to try out development without writing lines of code.

Most of the frameworks mentioned below support or have plugins for Unity.

One of the oldest mobile development frameworks on the list and the most expensive as well.

Wikitude has cross-platform apps and game development support, i.e., you code only once, and you can deploy them on various platforms like Android, iOS, Windows, etc. Wikitude comes with cloud integration, allowing you to work with large-scale projects with SDK handling the network’s complexity.

Wikitude also has impressive features for enhancing content within the digital screen like Multiple Object & Scene Tracking, Instant Tracking, etc. Wikitude works in conjecture with JavaScript, Unity, Flutter, Native API, and many others.

It is a Software Development Kit for creating augmented reality applications for mobile devices, allowing you to develop Holographic applications that can recognize objects in the environment. With the help of computer vision technology, it tracks images and 3D objects viewed through a device’s camera, allowing the developers to overlay the 3D model, which fits according to position and orientation of the image to create an immersive virtual world.

An open-source computer tracking library and is widely used for building AR applications. ARToolKit works on two fundamental principles: viewpoint tracking and virtual object interaction. It positions the real camera and virtual camera at the same point by calculating their relative positions using viewpoint tracking. After which the 3D models are overlaid over the real world on a digital screen.

ARToolKit supports various Operating systems like Windows, Mac OS X, Linux, Android, iOS, some versions also have been ported to Symbian and Windows Phone for AR applications. ARToolkit supports Unity as well and acts as a plugin for the Unity Game Engine.

Uses camera and motion sensors to understand phones’ relative position and visualize the real-world objects around. Understands the surroundings around helping to detect surfaces, relative sizes of objects, and estimates lighting conditions around. Letting the device model the real world hence, allows the developers to place other information that seamlessly integrates with the real world.

The APIs can gel with diverse platforms like Unity3D, Java, Android NDK, Unreal Engine, and many others. ARCore is the toolkit for developing for multiple platforms using a single code base.

AR is an emerging field, and much research and innovations are happening rapidly in this growing field. Various firms and companies are open-sourcing better and more improved, new game development frameworks regularly. Hence to develop and create cutting edge projects using these frameworks, it is crucial to stay updated with the AR industry and its recent developments.

To stay updated and learn more, Queppelin is a comprehensive resource for beginners to get a head-start into the field. It contains diverse resources like webinars and e-books to gain access to information, newsletters, and blogs – to stay updated with the technology, articles in the section – containing concise information about tools mentioned above.

You can visit Queppelin to find out more in the Platforms section and improve your business with AR right-away!

Queppelin provides solutions and services and believes in catering problems across many industries through AR and VR apps.
In case you have an idea, or just need a demo, we are just a mail away. We love hearing and networking and are readily available at [email protected] for queries.

PreviousWhat is WebAR & Why it Matters a Lot
NextHow SLAM Could Be Transformative With AR, VR, Robotics, And Others