How Augmented Reality Is Influencing The Teens And Kids 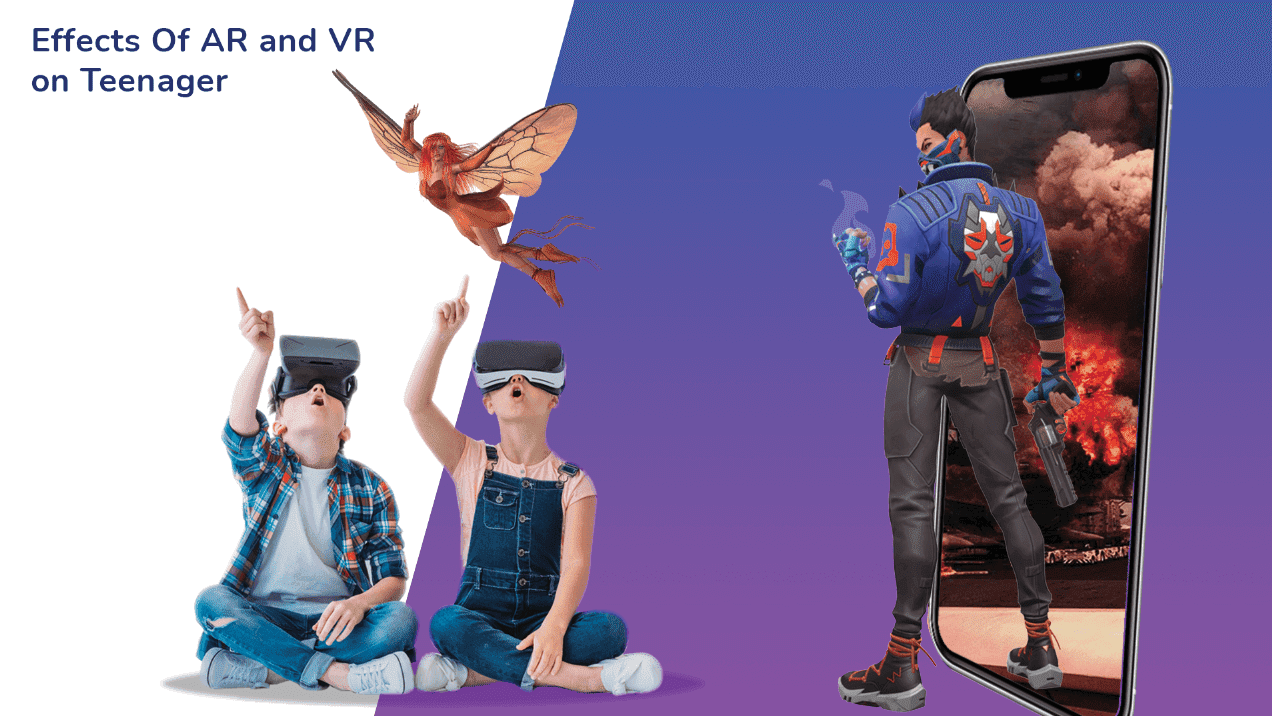 Advancement in technology is influencing teenagers to a great extent. Easy access to mobile, internet, and social media become their friends. It helps them to learn and explore new things and enhances their creativity with various resources available worldwide that can be easily accessible via technology. We can see that teens are now smarter in comparison to earlier when there was technology far from their reach.

With increasing popularity, augmented reality has also entered teens’ life and it has already started influencing their activity towards technology adoption and usage. Additionally, it shows an augmented future as well so teens are more keen towards AR.

Its kids and teens that are getting affected with online games such as PUBG that forced developers to come up with the idea to make its use safe for kids. See why Online games are getting better with criticism.

Let’s see what Augmented reality brings for teens. Is it good or bad for them?

Computer companies and video game manufacturers had started experimenting with augmented reality and virtual reality since the early 90s but we did not have any promising development in the area. Pokémon Go was a game changer with its viral outburst. Also, new VR gadgets and headsets seem to ignite the interest in the application of AR and VR.

See how AR is aiding the ground staff at the Airport.

Teens are most adaptable to new changes and technology is a part of their daily life. That’s why Technology has shown a severe effect on Teens. Augmented reality is affecting teens in some good and some bad ways.

Training and learning evolved with the implementation of AR. It can provide great content for the on-site learning experience as well as help in discovering the connected nature of information in the real world. Educators and researchers have been striving hard to implement AR to classroom learning and have been somewhat successful with subjects like biology, mathematics, astronomy, chemistry. Smartphones and other handheld devices are pushing AR application in the mobile space where its application offers a promising future especially in the field of training and education.

2.      AR Shifting eyes of teens from display to the world

AR is removing our focus away from our computer screens and putting it back in the world which is in front of us. This can bring back old fashioned methods like shared experience and face-to-face interaction. Additionally, Innovative AR cameras and applications motivate people to go out and enjoy together.

What Is Augmented Reality Games?

AR gaming integrates the player’s domain with the visuals and content of the game in real time for an amazing gaming experience. On the other hand, VR gaming requires a separate room or space to create a gaming environment. AR gaming just requires an actual domain of the user to play the game. Also, these games are easily accessible on portable gaming systems, tablets, and smartphones.

Augmented reality is making the games more interactive and immersive and gives an amazing experience to the users. Teens are highly keen on adopting such games and it could become an addiction. As per stats, almost 59 % of teenage girls and 84% of teenage boys are addicted to video games. Also, Pokémon Go is an example as to how far it has affected teens that led to it getting banned in some of the countries.

The Concern Is To Provide a Safe Environment to Teens

While excessive use of technology may have a negative effect on people, especially on teens. That’s why some AR games and apps are available for kids or teens only with parental control. So, supervised usage and playing such games for a limited time can be very pleasant for kids as well as teens. Being easily available and easy on the pocket, children are happy to move and accept AR and VR. But, parents must be vigilant and be attentive to the games and apps their children are accessing and downloading.

People always admire the combination of science, creativity, and education. So, we at Queppelin are helping businesses with explorative, multi-sensory, and informative augmented reality and virtual reality technology.  Keep dreaming!  To incorporate Augmented reality into your business, give us a buzz at [email protected].

Check out a few samples of our work: Real World Inside another Real World and Augmented Reality Solutions for museums.